In a professional forum a colleague asked, if anybody knew of a certain therapeutical story. He remembered one that he once heard and thought that it was from a famous storyteller. Until then I never had actually written in this forum but now I wrote on behalf of this colleague’s question that I thought it was the famous story about a tiger. I was quite happy that I was able to contribute something at last until I read the response of another colleague. “I don’t know anything about a tiger”, he wrote, “but I guess you may have thought about the famous lion story”. I instantly sank into a hole three miles deep, full of shame and embarrassment. Now wasn’t that just typical of me and my incomplete knowledge? Shortly afterward I told a friend of mine what had happened, still very ashamed. But he hugged me and said “But you gave that wrong information with much love and enthusiasm”. I looked at him and began to work my way out of that hole.

I’m using this story to support people who have suffered a stroke to recover their memories. Of course it can be used with any kind of amnesia or neurological loss of abilities, like with a person waking up after bein in coma for a long time. The story can also be used with students who are afraid of exams or with self inconfidence problems.

Was it a dream? Was it reality? I walked through the building. To my right and to my left were many doors. I turned the handles but not a door opened. The rooms were closed to me. I sat down and wept. “Why are you crying?” asked someone. I pointed to the locked doors. “Do you not know… ” he said and pointed to the pockets of my coat. “You have the keys!” I reached into my pockets and indeed pulled out two massive bunches of keys, two key rings with hundreds and hundreds of different shaped keys, large and small. How was I to know which key fit the lock of many rooms? “You have to try it,” said my encourager. “In your own time. You have all the time in the world. Try all the doors and try all the keys. Gradually you will open more and more doors. Never give up. Your freedom will grow with every open room and one day you will know the door to every key and the key to every door.”

I’m using this story with stroke patients, with those who suffer from Multiple Sclerosis and with traumatised persons, including certain situations of separation and berievement. Most of all, it can be useful to support persons who want to recover their memory and access to their abilities.

The storm has done its work. The trees lay criss-cross in the forest. Their trunks block paths and streets. No traveller can make progress here. But when the storm is over, then comes the time of the lumberjacks. With their saws they cut free the paths, lift away the barriers and clear all the streets, starting with the outermost edge of the forest all the way to its innermost core.

Another contribution by Katharina Lamprecht who will be at the Festival…

“Mom,” my daughter got off the school bus, thinking hard, “ today in Biology we learned something about the brain in that is in our stomach. Now I´m thinking, what if we did not learn to think with our brain in school but with our stomach instead?”

“ A comforting, revolutionary thought”, I answered.

In a land in our time there lived a man, who read a book and found lots of wonderful stories therein. There were true and invented stories, experienced and pensive, enjoyable and painful stories. There were stories which contained stories, and such which were actually not stories. For every story he read, there occurred to him nearly five which he had either experienced or thought up himself. So the thought came to him, that a lot in the world was a story which could be healing for himself and others; he only needed to absorb the healing stories well and to forget the terrible ones immediately. Then he would learn which story he had used when and for what. So he organised his own stories which he knew, and which had become a help to himself and others, or could become so. Sometimes he noted it down when a new story came to his ears and sometimes when a helpful story occurred to him, he memorised it.

Then he saw before him in a picture the storystories of this life arranged in long shelves, as in a large pharmacy. And behind the counter there sat a man who had learnt to listen to himself and others. He was a master of his subjectspecialty. His talent was that he understood how to tell the right thing at the right time to himself and to those who visited him.

A teacher came into an unruly class. “It will be difficult to get them to be quiet”, he thought to himself. Then he imagined that all pupils were small atoms caught up in a turbulent vibration. He brought himself into the same vibration, fidgeted a little bit with the arms, swayed from one leg to the other, and murmured something to himself. When he reached the same vibration as his pupils, he gradually became slower and quieter. The class also became calmer and quieter. He had to be careful not to calm himself too quickly – better to fidget for one moment more, and then become quiet again. He needed about three minutes. Then the class was completely still.

Later the same day, these same pupils were loud again. “Don’t be so loud!”, he shouted. And they remained loud. “We can’t work like this”, he yelled. “Please work without noise on your task!”, he called. And they remained loud. “Mark, be quiet! Julia, close your mouth! John, be still! Frank, quiet!”, he ordered. Then they became quieter. “Even quieter!”, he murmured, and it became even quieter. “I’m listening to ascertain where it is the quietest”, he whispered. “Whoever is quiet the fastest and stays quiet the longest, has won”, he whispered. And it became very quiet. “Absolute silence”, he breathed. Not a sound was to be heard. “Stay exactly like this”, he said, and continued with the lesson. 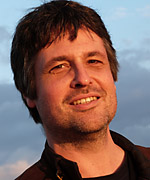